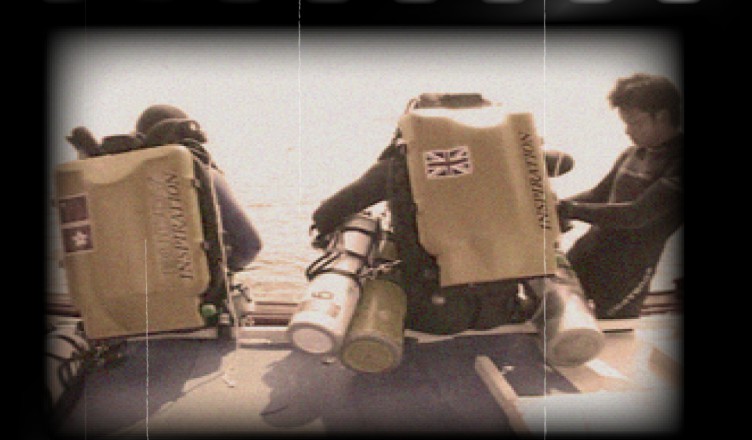 It is about 4 Hong Kong divers going the maximum depth of human endurance to record a Japanese WWII warship Kuwa that was sunk in Ormoc Bay, Philippines under 120 m of water. The survivor of Kuwa tells stories, discusses the cruelty of war and what we can learn from the people who lost the war.

During 1944, Allied forces and the Imperial Japanese Navy fought pitch battles in Leyte , Philippines . The Japanese were concerned that if Leyte fell to the Allies, then the entire Philippine archipelago would fall as well. It was the last final engagement of Japanese Navy. It is under this backdrop of battle of Leyte , on Dec 3, 1944 , Japanese destroyer Kuwa escorting Japanese landing ships departing from Manila Bay came to Ormoc Bay to assist the Japanese land force.

Just after mid night in Ormoc Bay , 3 US Navy destroyers made surface radar contact on a pair of Japanese destroyers Kuwa and Take, Less than 10 min into battle, Kuwa succumbed to the combined fire of the two US destroyers, became one burning mass and sunk under 120 m of water. Researchers
Dr. Paul Chiu 趙雨樂教授
中日歷史專家
Faculty of Asian Studies
Open University – He has appeared frequently in news and documentary regarding Sino-Japanese history. He commended that this project is very worthy for Hong Kong people to pursue. He guided the production team to focus on topics that seldom discussed in public about Sino-Japanese relationship.